In 2018 the Trump administration withdrew the US from the JCPOA, and subsequently re-imposed US secondary sanctions against Iran (for background information please see our 2018 Iran Sanctions Special). The EU responded by attempting to keep Iran in the JCPOA by creating alternative business routes (see the INSTEX article below) and continuously assuring their commitment to the agreement.

The Biden Administration has offered to restart talks with Iran in an attempt to revive the JCPOA. On 18 February 2021 a joint statement by the US Secretary of State, and the Foreign Ministers of the E3 (France, Germany and the UK) was published. “Regarding Iran, the E3 and the US expressed their shared fundamental security interest in upholding the nuclear non proliferation regime and ensuring that Iran can never develop a nuclear weapon. In this context, the conclusion of the JCPOA was a key achievement of multilateral diplomacy. The E3 welcomed the US’ stated intention to return to diplomacy with Iran as well as the resumption of a confident and in-depth dialogue between the E3 and the US. The Ministers affirmed strong interest in continuing their consultations and coordination, including with China and Russia, on this key security issue, recognizing the role of the High Representative of the EU as Coordinator of the Joint Commission”. (Joint Statement by the Secretary of State of the United States of America and the Foreign Ministers of France, Germany, and the United Kingdom – United States Department of State).

On 27 January 2021, the US Secretary of State (Antony Blinken) announced that the US will not lift its sanctions against Iran, until Iran comes back into full compliance with the obligations the country has under the nuclear deal.

In 2019 the Foreign Ministers of France, Germany and the United Kingdom created INSTEX SAS (Instrument for supporting Trade Exchanges), based in Paris: Home – INSTEX (instex-europe.com). In our past alerts we reported on this so-called Special Purpose Vehicle (SPV), which should facilitate trade with Iran. INSTEX supports legitimate European trade with Iran, focusing on the sectors most essential to the Iranian population – such as pharmaceutical, medical devices and agri-food goods. INSTEX allows EU trading businesses to trade with Iran without transferring any money between EU Member States and Iran, thereby avoiding the use of financial institutions, many of which refuse to deal with Iran due to the reinstated US sanctions. It has been said that the creation of INSTEX has proved to be largely symbolic, so far only executing one transaction (A German company sold EUR 500K worth of medicine to an Iranian company). Nevertheless, the European Parliament has recently stated it would like to expand the scope and volume of INSTEX to provide the EU with greater economic autonomy from the US (source: World ECR, 2021 , issue #96: JCPOA: A new hope).

In 2017 nine countries, including the Arab nations of Saudi Arabia, the United Arab Emirates (UAE), Egypt, Bahrain and Yemen, imposed sanctions on Qatar, accusing it of destabilizing the region by supporting extremist groups. These sanctions have resulted in a far-reaching boycott of Qatar.

As part of this boycott, the abovementioned countries have terminated all diplomatic and consular ties with Qatar. Additionally, they have ended all land, sea and air contact with the country. As a result, many EU companies have faced and still face challenges due to the fact that much EU – Qatar trade goes via hubs in the region, for example via the ports of the UAE. As a consequence of the sanctions, it was no longer possible to use these ‘normal’ shipping routes to Qatar. Alternative shipping routes, for example via Oman, have been used during the past three-and-a-half years.

Though it remains unclear how the Al-Ula Declaration will be implemented and how long it will take to end the Qatar boycott, individual steps by GCC countries are promising. Saudi Arabia and the UAE have announced the reopening of their land, air and sea borders to Qatar. Bahrain has also stated that its airspace will reopen shortly. It is however
unclear if and when there will be a complete restoration of transportation links and border controls to pre-June 2017 levels (source: World ECR, 2021 , issue #96: The Al-Ula Declaration – GCC diplomatic relations restored).

On 23 March 2021, the US Secretary of State, Antony Blinken, stated in Brussels that the Nord Stream 2 pipeline being built from Russia to Germany is against the EU’s own interests and warned Germany of possible sanctions over the project. US officials argue that the pipeline, which is intended to transport 55 billion cubic meters of natural gas annually directly from Russia to Germany across the Baltic Sea, will make Europe too dependent on Russian energy supplies. It will also bypass Ukraine, a Western ally, potentially depriving it of valuable transit fees (Blinken Warns Germany Of Possible Sanctions Over Nord Stream 2 (rferl.org)).

Until and up to the above statement, the US has only imposed sanctions on the Russian company KVTRUS, which operates the pipe-laying vessel Fortuna. These measures were announced by the Trump Administration shortly before the end of its term in January. This vessel was included in the Countering America’s Adversaries Through Sanctions Act (CAATSA) on 19 January and is now also included in the Protecting Europe’s Energy Security Act (PEESA). It is reported that already 18 entities have ended their involvement in the Nord Stream 2 construction.

Following the EU Parliament’s call in December 2020 for more sanctions against Turkey, on 22 March 2021 the EU High Representative for Foreign Affairs, Josep Borrell, has published a joint communication to the EU Commission on the state of play of EU-Turkey political, economic and trade relations. Although the communication states that its relations, and dialogue on Greek-Turkish maritime issues have improved since December 2020, the report clearly states: “Should Turkey, however, not move forward constructively in developing a genuine partnership with the EU, but instead return to renewed unilateral actions or provocations in breach of international law, aimed at causing prejudice to the interests of the EU and its Member States, in particular in the Eastern Mediterranean, it should be made clear that this would bear
political and economic consequences, as spelled out in the report.” According to the report these restrictive measures could include:

(please see also: EU Parliament calls for more sanctions against Turkey for its drilling activities in the Mediterrane)

In a recent case, the District Court of The Hague (The Netherlands) rejected a ban on the extradition to the US of a person convicted for being connected to the unlicensed (re-)export of US dual-use goods to Iran (infringement of the Dutch Iran Sanctions Regulation 2012). The plaintiff requested an order from the Dutch
State to not extradite him to the US. The Dutch Court did not agree that this extradition would result in a violation of human rights, and rejected the claim. (ECLI:NL:RBDHA:2020:14017, Rechtbank Den Haag, C/09/594036 / KG ZA 20-507 (rechtspraak.nl))

Four years after the Brexit referendum, the EU and the UK have reached the UK-EU Trade and Cooperation Agreement (“UK-EU TCA”). While the agreement still needs approval of the European Parliament and the Member States, the agreement is already applicable as of the 1st of January 2021. It is important to note that while the EU and the UK have reached an agreement, this does not mean that there will be no barriers to trade. On the contrary, while the agreement on some topics facilitates the trade between the EU and the UK, the UK is considered a third country as of the 1st of January 2021. As such, the UK is no longer part of the Customs Union and the European single market.

The free movement of goods, which was one of the most fundamental freedoms for companies engaged in trade of goods with the UK, no longer applies to the transport of goods between the UK and the EU. Customs formalities have now been implemented, as well as checks and audits by border authorities. Traders have to submit entry and exit declarations and imported goods may be checked for conformity with EU or UK regulatory requirements.

Important topics such as export controls and sanctions are not (substantially) addressed by the UK-EU TCA, but are inevitable subject to changes. The EU Dual Use Regulation no longer applies in the UK, with the exception of Northern Ireland. As such, businesses will require export licenses to export dual-use items between the EU and the UK, and vice versa. Export licenses issued by the UK are no longer valid for exports of dual-use items from the EU to third countries.

Companies with business interests in the UK and EU should carefully assess the possible impact of the Brexit from an export compliance point of view. In our whitepaper we discuss the impact of Brexit on EU-UK trade, with special focus on customs and trade aspects: Kneppelhout Brexit helpdesk. 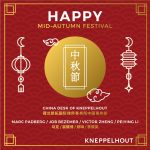