Four years after the Brexit referendum, the EU and the UK have finally reached an agreement. The Brexit deal – UK-EU Trade and Cooperation Agreement (“UK-EU TCA”) – comes as a relief for many businesses. While the agreement still needs approval of the European Parliament and the Member States, the agreement is already applicable as of the 1st of January 2021. The more than 1.400 pages full draft legal text of the UK-EU TCA has been published by the European Commission and analyzed by our Brexit specialists. This blog will guide you through some of its key aspects.

As a first remark it is important to note that while the EU and the UK have reached an agreement, this does not mean that there will be no barriers to trade. On the contrary, while the agreement on some topics facilitates the trade between the EU and the UK, the UK is considered a third country as of the 1st of January 2021. As such, the UK is no longer part of the Customs Union and the European single market. The free movement of goods, which was one of the most fundamental freedoms for companies engaged in trade of goods with the UK, no longer applies to the transport of goods between the UK and the EU. Customs formalities have now been implemented, as well as checks and audits by border authorities. Traders have to submit entry and exit declarations and imported goods may be checked for conformity with EU or UK regulatory requirements.

Companies engaged in UK – EU cross border business will face difficulties in their future trade relations. While the UK government has announced to delay making most checks for six months (until July 2021) to allow businesses to get used to the new system, the EU shows no mercy. It is important to get ready if you are not (yet) already.

Please find below an overview of some key trade & customs regulatory aspects for companies engaged in trade with the UK.

Other important topics such as export controls, sanctions, product regulation, applicable law, jurisdiction and enforcement are not (substantially) addressed by the UK-EU TCA, but are inevitable subject to changes.

The EU Dual Use Regulation no longer applies in the UK, with the exception of Northern Ireland, As such, businesses will require export licenses to export dual-use items between the EU and the UK, and vice versa. Export licenses issued by the UK are no longer valid for exports of dual-use items from the EU to third countries.

As from a product regulatory point of view, no substantial changes are expected in the near future. Products lawfully placed on the EU or UK market, may continue to circulate within the UK. In addition, most of the changes are administrative in nature and offer a grace period. For example, while the UK has introduced their own equivalent for the Conformité Européenne (CE) marking, the so-called UK Conformity Assessment (UKCA) marking, CE-marked products will continue to be allowed on the UK market until the 31st of December 2021.

The pre-Brexit rules on which country’s laws apply to a dispute are laid down in the Rome I Regulation for contractual obligations and the Rome II Regulation for non-contractual obligations. These continued to apply in respect of the UK during the implementation period, so until 31 December 2020. Now that the implementation period has come to an end with no further deal on these issues in place, the position on applicable law will not be significantly affected. This is because the relevant provisions of the Rome I and II Regulations, which will continue in force in EU Member States, do not depend on mutual reciprocity and are of ‘universal’ application. Furthermore, these provisions of Rome I and II have been incorporated into UK national law as retained EU law. As a result, EU member state and UK courts will generally continue to uphold applicable law clauses in the same way as previously.

The UK has been pursuing a range of options to address this issue. These include applying to join the Lugano Convention, which applies broadly the same terms as the Brussels I Recast Regulation and is applicable to the position between EU Member States and countries like Iceland, Norway and Switzerland. However, this requires consent of all contracting parties, including the EU. The position of EU Member States on the UK’s application to join the Lugano Convention remains uncertain at this time. Importantly, the UK has acceded in its own right to the Hague Convention. This took effect on 1 January 2021. The Hague Convention, to which all EU Member States are party, requires the court designated in an exclusive jurisdiction agreement to hear the case and generally prevents courts of other contracting states from hearing parallel proceedings. As a result, parties may now prefer to have exclusive jurisdiction clauses in their contracts.

The UK’s accession to the Hague Convention will provide some measure of protection. This convention generally requires any judgment granted by the court specified in an exclusive jurisdiction clause to be recognized and enforced in other contracting states. In addition, parties looking to enforce a judgment cross-border may sometimes be able to rely on (old) bilateral treaties between the UK and specific EU Member States. For example, there is a treaty in place on enforcement of judgments between the UK and the Netherlands that dates back to 1967.

Enforcement of arbitral awards under the New York Convention – and arbitration generally – is unaffected by Brexit. Arbitration may therefore be a relatively low-risk option which parties may wish to consider, either when negotiating dispute resolution provisions in new contracts or if a dispute arises.

Last but not least

With the above we tried to give you an overview of the most important points from the UK-EU TCA. One thing must be clear: this is not a final agreement and will not be the end. The TCA is by far not a permanent regime since either side may terminate the agreement on 12 months’ notice, which would bring us back to a “no deal Brexit”. In addition, there are topics on which agreement has not been concluded, such as data sharing and on financial services. Further negotiations are necessary. There is a deal, but the future EU-UK relationship will be one of constant renegotiation. For companies engaged in trade with the UK, it is important to keep monitoring the developments.

Kneppelhout’s Brexit specialists are monitoring the developments and legal implications of the new UK-EU TCA. If you require assistance on any of the topics or would like to further discuss, please feel free to contact us. 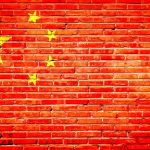